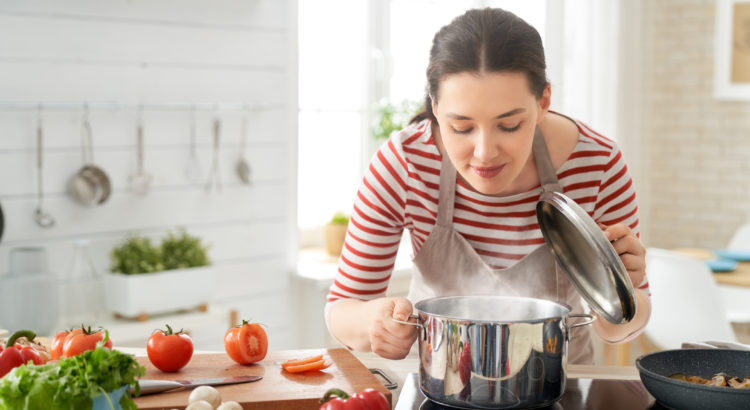 The cooking world can be intimidating if you don’t have much experience in the kitchen. There are many techniques often described in recipes that can be confusing to many people. Today we will break down some common cooking methods, including what they actually mean and how they may affect the nutrient content of food. By the end of this article, you should feel much more confident in your understanding of various cooking techniques. 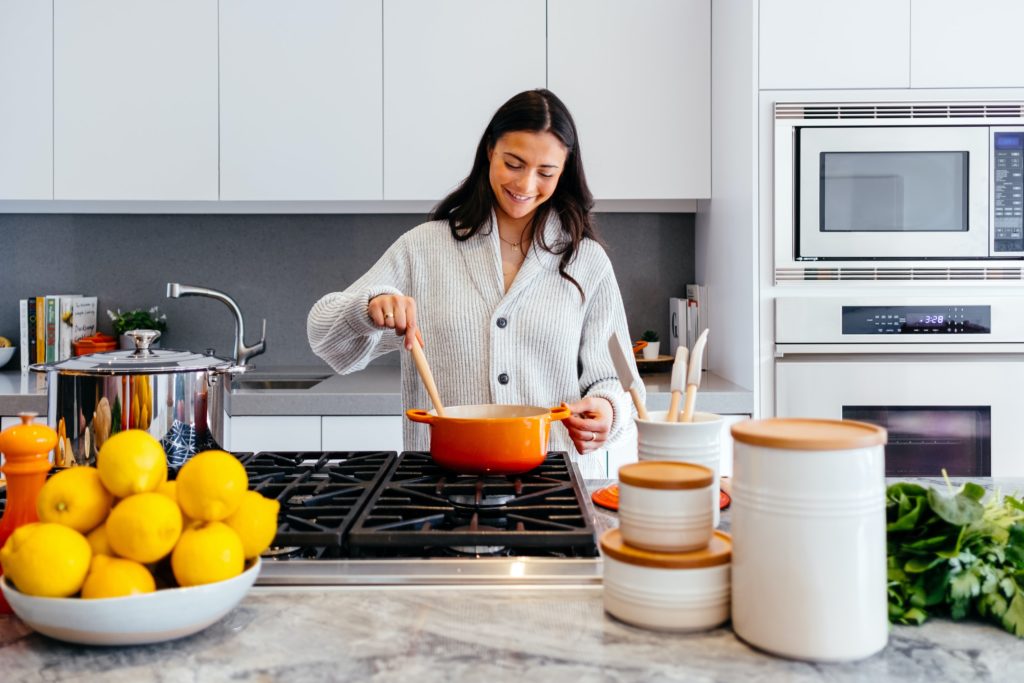 Baking is a method of dry heat cooking in an enclosed space, usually an oven. This is how “baked goods,” such as pastries and cookies are made, but you can also bake meat and vegetables as well. If a recipe calls for baking something, you just need to know the right temperature to set the oven at and how long it needs to be baked for. You will need to prepare the food first, then you can just pop it in the oven and set a timer.

To sauté is to cook food quickly in a minimal amount of fat over relatively high heat. This is done in a pan on the stovetop. Any recipe you’re following should explain any other details of the process you need to know for the specific meal you’re making. Sautéing provides a lot of flavor to food, but can be a source of hidden calories from whatever fat source is used. Just be mindful of that and use the minimal amount of fat needed to sauté your food in to reduce the extra calories from fat in your meal. 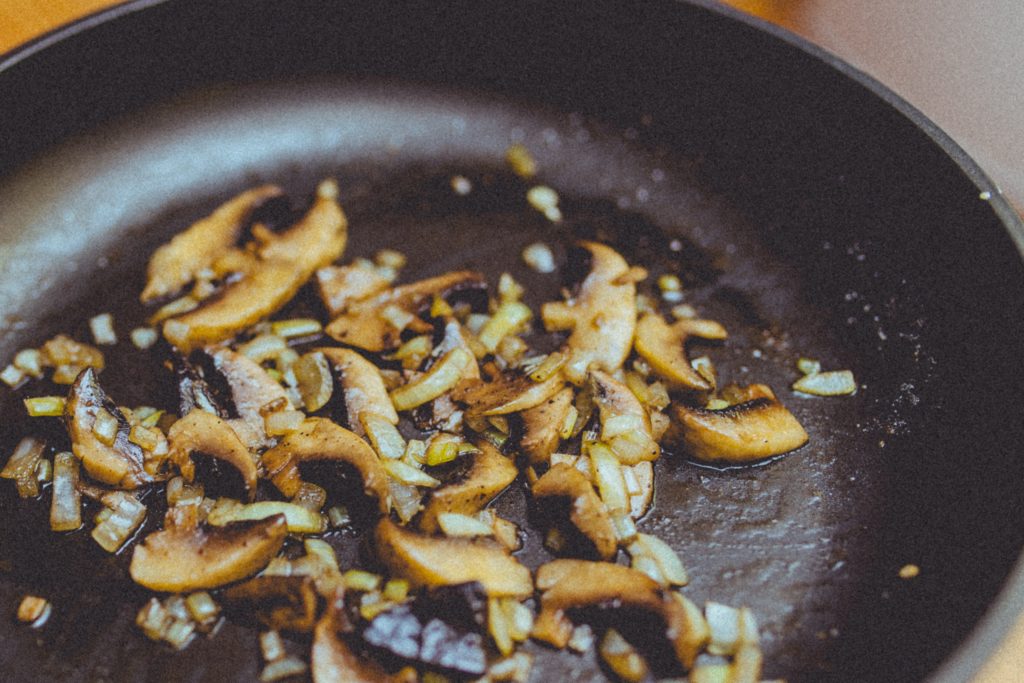 Stir-frying is very similar to sautéing and also uses high heat. But the difference is that with stir-frying, the food is in constant motion and the process typically uses more fat. With this method, oil is usually the fat source used. Stir-frying is also typically done in a wok compared to a wider, more shallow pan used when sautéing.

Grilling is a dry heat cooking method where food is cooked directly over or indirectly near the heat source. This is the typical method for cooking food at barbecues in the summer months. Grilling is a great way to cook food outdoors, but if you’re grilling food at really high temperatures, some harmful chemical compounds can form. This risk is more associated with meat than vegetables, because the harmful compounds form when the fat from meat drops into the fire. But this doesn’t mean you should steer clear of eating grilled meat entirely. How you grill matters, and experts agree that grilling with gas is typically safer than grilling with charcoal. With gas you can control the temperature of the flames easier and it’s better for the environment as well. Choosing leaner cuts of meat and marinating them first will also reduce the amount of harmful chemical compounds that form. 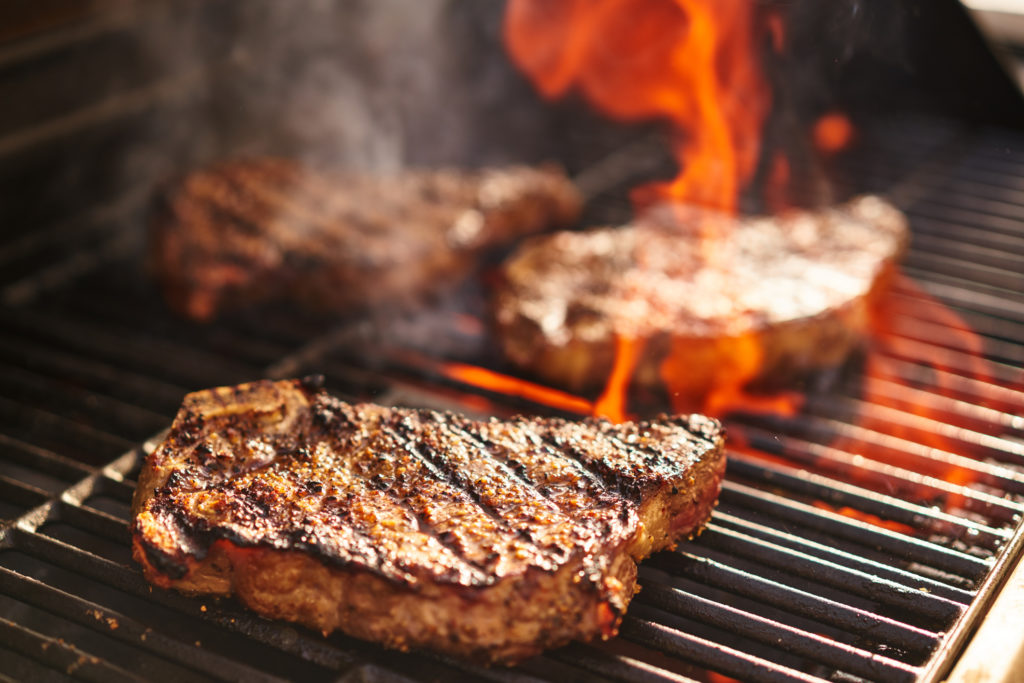 Boiling is a moist heat cooking method that happens when the temperature of the liquid reaches 212° F (100° C). Vegetables and grains are amongst the most common foods that are boiled. One criticism of boiled vegetables is that boiling can reduce the levels of water soluble vitamins and nutrients. This doesn’t mean you should never boil food, but it is something to be mindful of.

Steaming is a cooking method that utilizes moist heat. The heat is created by boiling water which turns into steam. Unlike boiling, the food doesn’t come in direct contact with the water, just the steam. Steaming is a great cooking method because it’s quick and you avoid the hidden calories of butter, oil, and other fats. Steaming also keeps many vitamins and nutrients in the food intact, compared to the boiling method of cooking food. Some foods that are commonly steamed include seafood and a variety of vegetables. 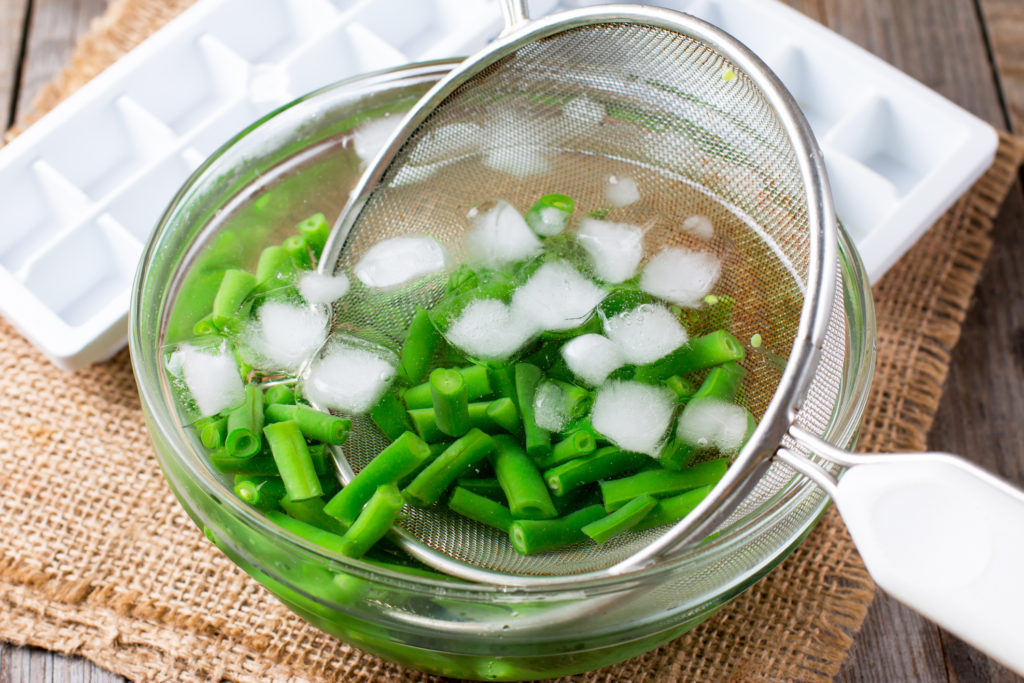 Blanching is a cooking technique in which food, usually vegetables, are scalded in boiling water or steam for a short period of time, followed by a plunge or rinse in cold water. The blanching process stops the enzyme actions that would eventually cause loss of flavor and texture over time. For this reason, blanching is often done before freezing vegetables. Blanching is also a great method to use if serving veggies with a dip, because it takes the edge off of the flavor and texture of raw vegetables without cooking them to be super soft.