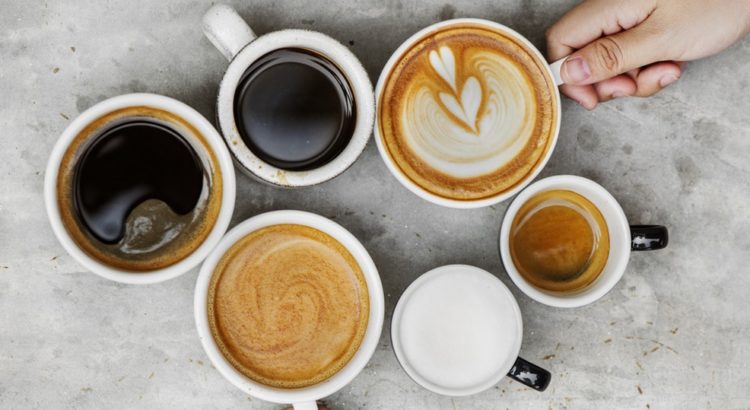 Now that summer has officially ended and we are headed towards colder weather as autumn kicks off, you may be craving hot coffee or a latte to warm your body as the temperature starts dropping. There is something comforting about a warm drink in your hands and the fragrant smells that hit your nostrils. Whether you are trying to kick your coffee habit or you simply want to switch it up and try something new, today we will share some coffee alternatives that are perfect for fall. 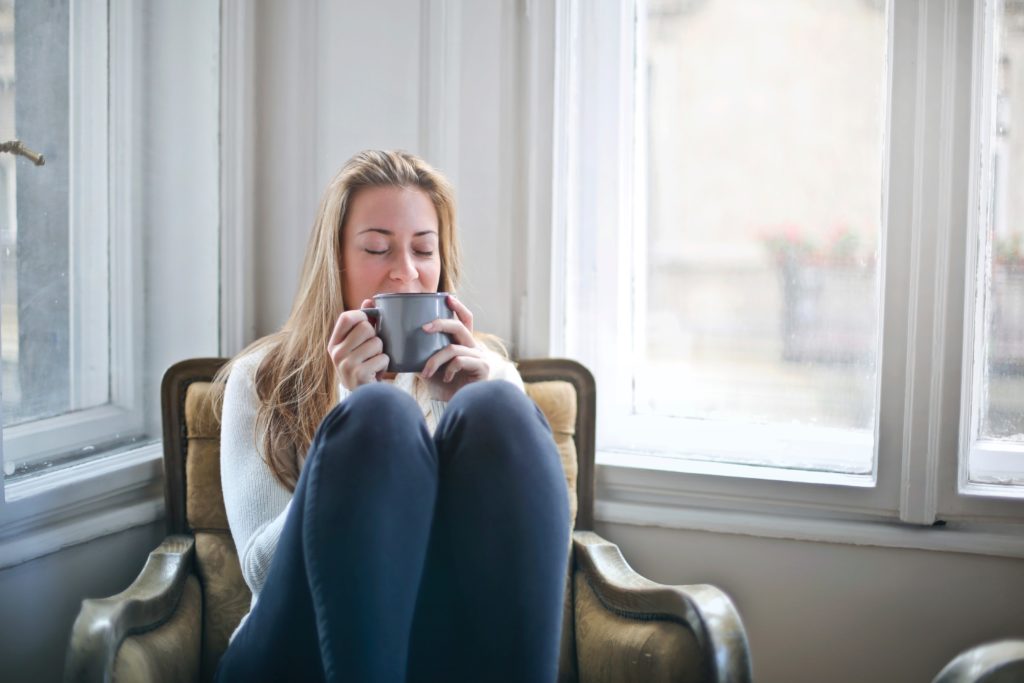 This spiced chaga latte with cinnamon and pumpkin spice is the perfect fall recipe. It’s both caffeine and dairy free. Chaga is a mushroom, or non-toxic fungus, that has many medicinal qualities. It’s adaptogenic in nature, which means it can help bring many of our bodily systems back into balance, including the nervous system, immune system, and endocrine system. It’s perfect to consume in the fall time to give our immune systems an extra boost before heading into winter. The taste of chaga is earthy with a hint of vanilla, so it is quite tasty when made into a latte, especially with other flavors added in.

A creamy green beverage in a coffee cup is a dead giveaway that someone is drinking a matcha latte. It’s color is absolutely beautiful, but it may seem odd if you’ve never tried matcha before. Matcha is a type of green tea that is made by taking young tea leaves and grinding them into a green powder. Matcha does contain some caffeine, but it also contains the amino acid L-theanine, which helps induce relaxation and calmness. So you may feel a bit of a lift from the caffeine in matcha, but the presence of L-theanine will prevent the jittery feeling that many people get from consuming a lot of caffeine. This recipe is very simple and easy to make. And like coffee, matcha also contains a lot of antioxidants, so you will also reap quite a few health benefits from sipping on this tasty drink! 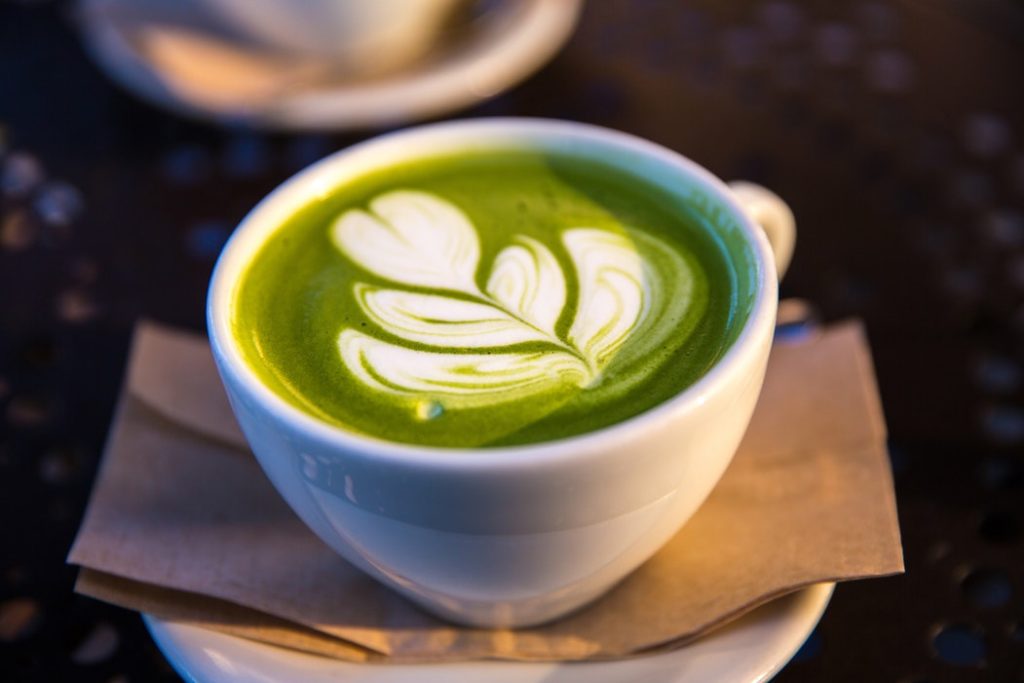 The herbs and spices most commonly used in chai are cinnamon, ginger, cardamom, nutmeg, black pepper and cloves. Oftentimes, fennel, star anise, or allspice are also used. They are all very warming spices, so chai is an all time favorite drink when our bodies are still starting to get used to the colder weather. It’s traditionally made with black tea, so it usually contains a little caffeine, but you can also make a caffeine-free chai using rooibos tea instead. If you don’t want to make the spice blend at home, you can purchase a pre-mixed spice blend, or use a chai concentrate that comes in a carton.

This is called a golden latte because it is made with an herb called turmeric, which has a golden yellow color. Turmeric contains a compound called curcumin, which has anti-inflammatory properties and helps enhance liver detoxification. This recipe is completely vegan and caffeine free, which makes it a great alternative to coffee if you are trying to limit your caffeine consumption. If fall had a taste, it would be this latte. Everything about it will warm your heart and mind with the joys of this season. 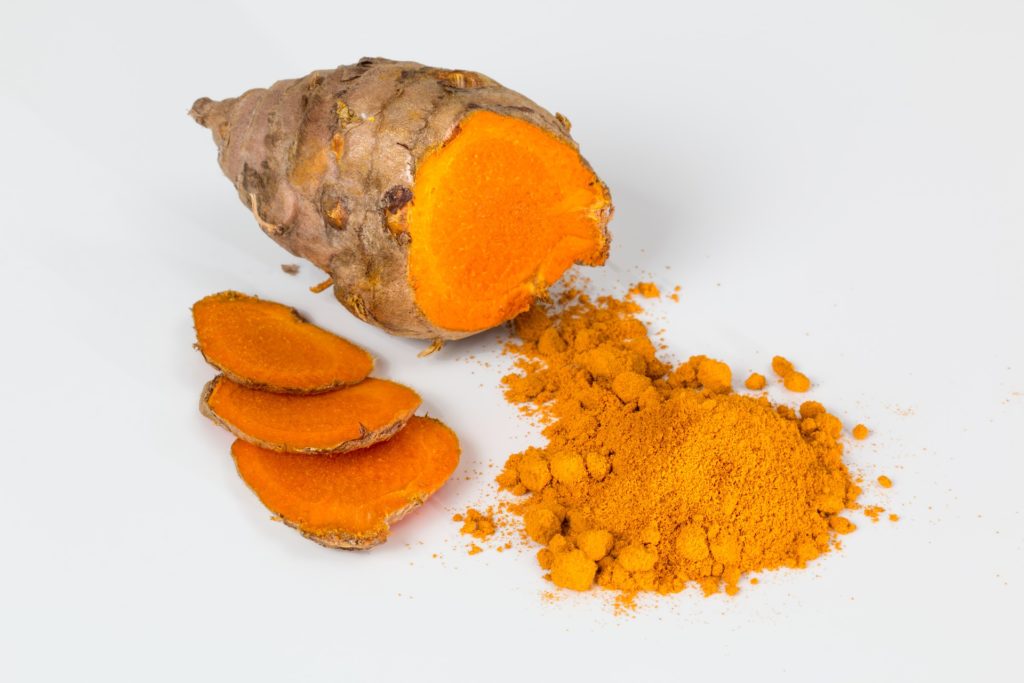 Chicory root has been used for a long time as an alternative to coffee. It has a bit more of an herbal and nutty taste to it, but when mixed with milk and a little bit of cinnamon, as in this recipe, it is very tasty. We recommend choosing your favorite dairy free milk substitute, such as almond, cashew, coconut, or oat milk.  Chicory root is a great coffee alternative if you are trying to avoid caffeine. It also has some health benefits as well. Chicory root is composed of inulin, which can act as a prebiotic that can help feed your good gut bacteria. Unless you are following a low FODMAP diet, the inulin in chicory root can help ensure that you have a healthy gut microbiome.

This recipe is very simple to make and is also caffeine free.  The creamy coconut milk and vanilla extract brings this dandelion root tea into latte territory. Dandelion root has many health benefits and it’s color and smell certainly resemble coffee. Dandelion root is full of vitamins and minerals and is very beneficial to our livers. Dandelion root can relieve gas and minor digestive ailments. The bitterness stimulates the flow of digestive juices, such as bile, which is helpful for digestion, detoxification, and the absorption of nutrients. 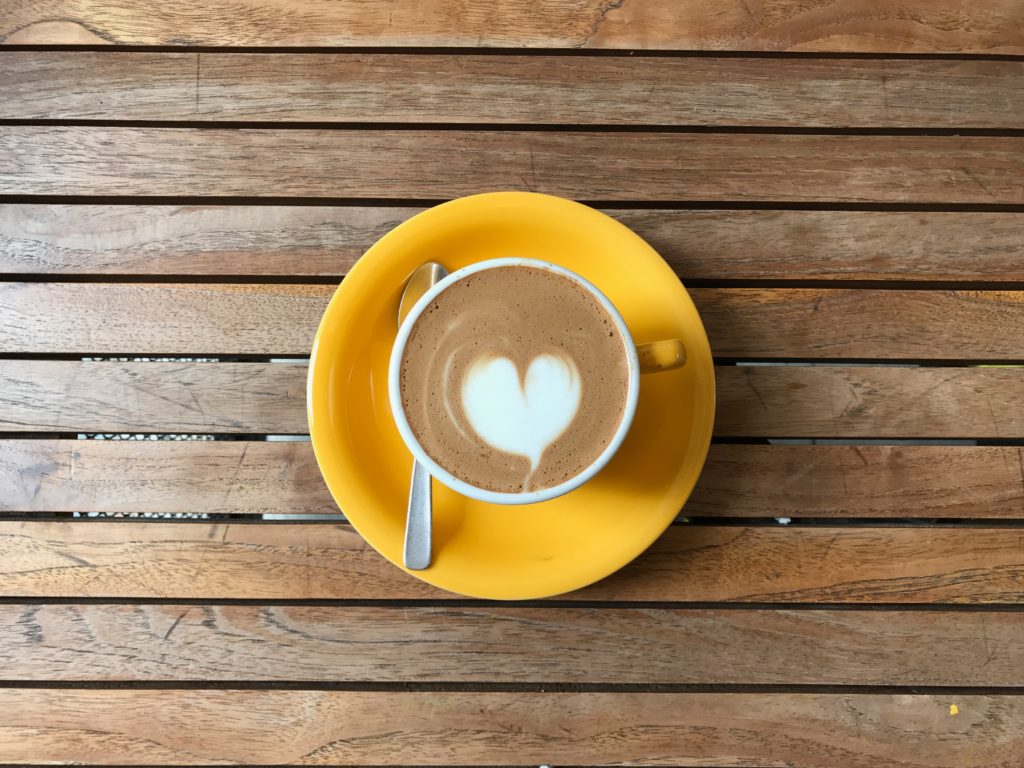