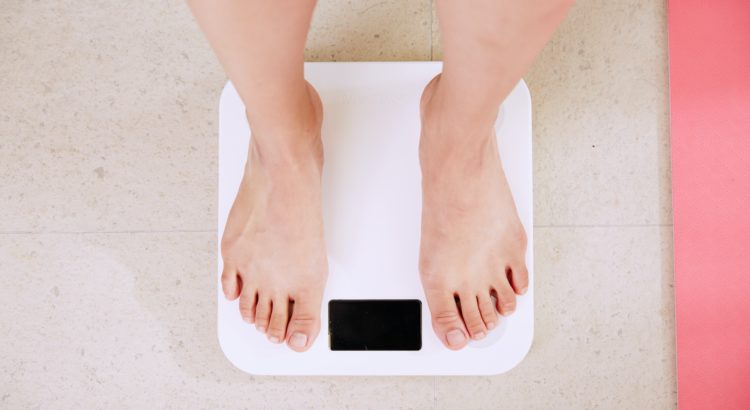 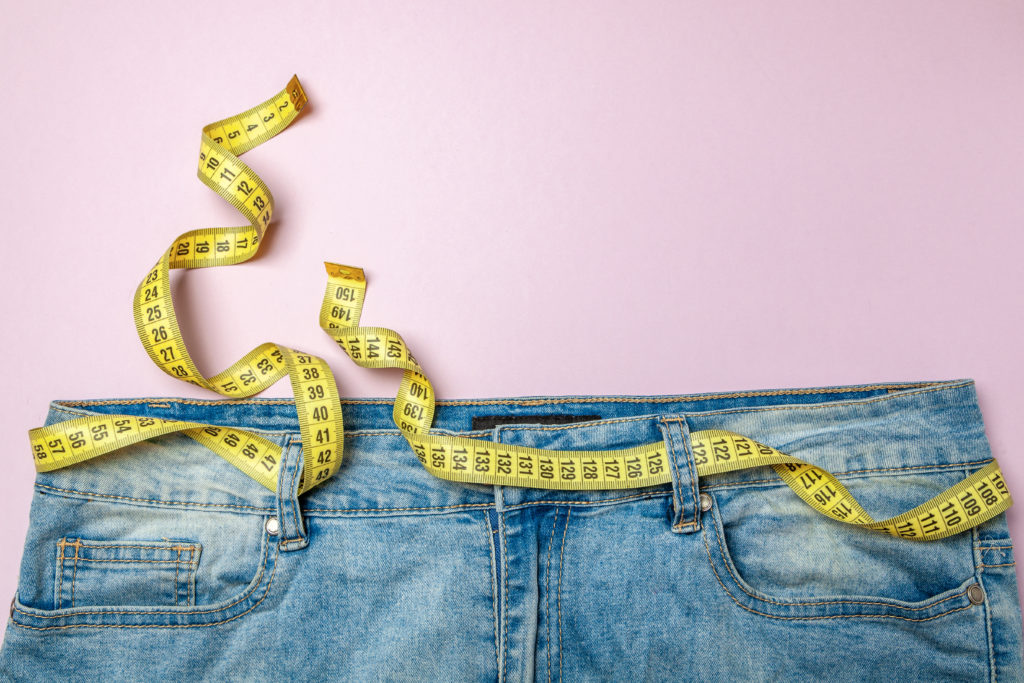 No two individuals have the same composition of bacteria in the gut. It’s similar to the way that fingerprints are individual to each human being. Studying the fecal biodiversity of subjects is a way that scientists can determine the composition of their gut flora.

In human studies, it’s been shown that less fecal biodiversity is associated with impaired glucose homeostasis, higher levels of low-grade inflammation, and obesity. Firmicutes and Bacteroidetes are classifications of a certain phylum of bacteria that exist in our guts.  Scientists have used genetic sequencing to identify different strains of gut bacteria in obese adult individuals. When compared to lean individuals, the obese group had more Firmicutes and nearly 90% less Bacteroidetes than the lean individuals.

Studies have also been done on infants to compare fecal microbiota diversity levels and the results suggest that differences in the microbiota can be a predictive factor in whether or not the infants will be overweight by 7 years old. The children of normal weight had higher Bifidobacterial and lower Staphylococcus aureus concentrations as infants compared to the children who became overweight. These results suggest that the differences in the biodiversity of their microbiota precede obesity. 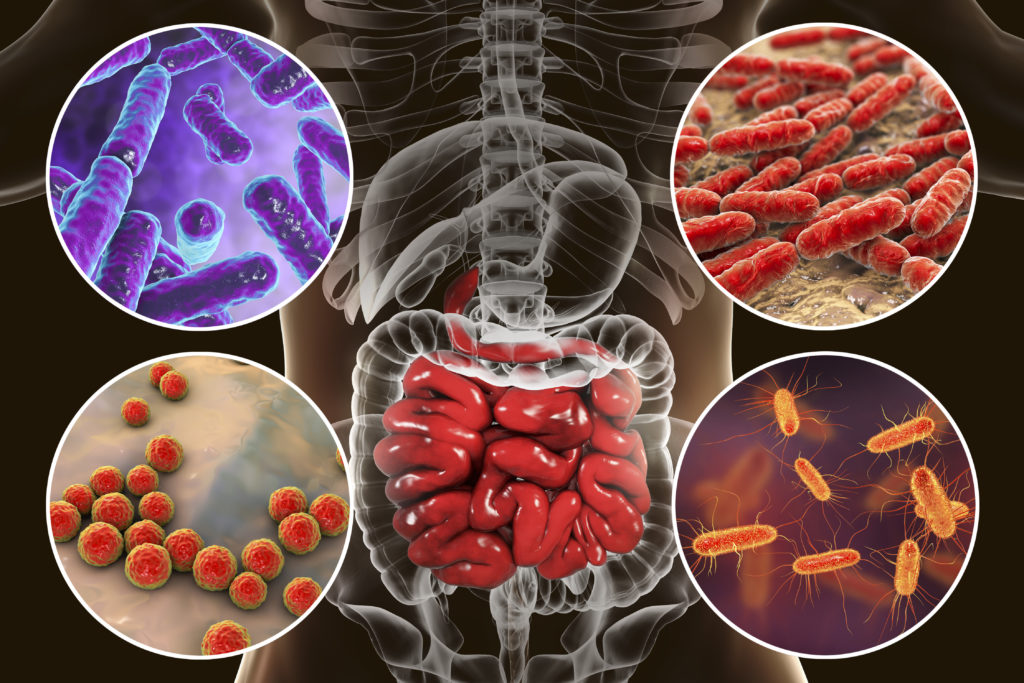 Another way that our gut microbiota can affect our weight is that certain gut bacteria seem to have an effect on certain hormones. Leptin and ghrelin are hormones that regulate hunger. In one study, overweight children were given prebiotics for 16 weeks. Prebiotics feed our good gut bacteria and help keep our gut microbiome in a state of healthy balance. This study showed that after the 16 weeks, there was a change in gut bacteria and tests showed that “prebiotic supplementation resulted in lower prospective food consumption and more feeling of fullness.” If having greater biodiversity of bacterial strains in the gut can help people feel more satiated from eating, this means that an unhealthy balance of gut bacteria can lead to increased hunger levels, resulting in those individuals eating more. It then makes sense that this can lead to weight gain in those people. 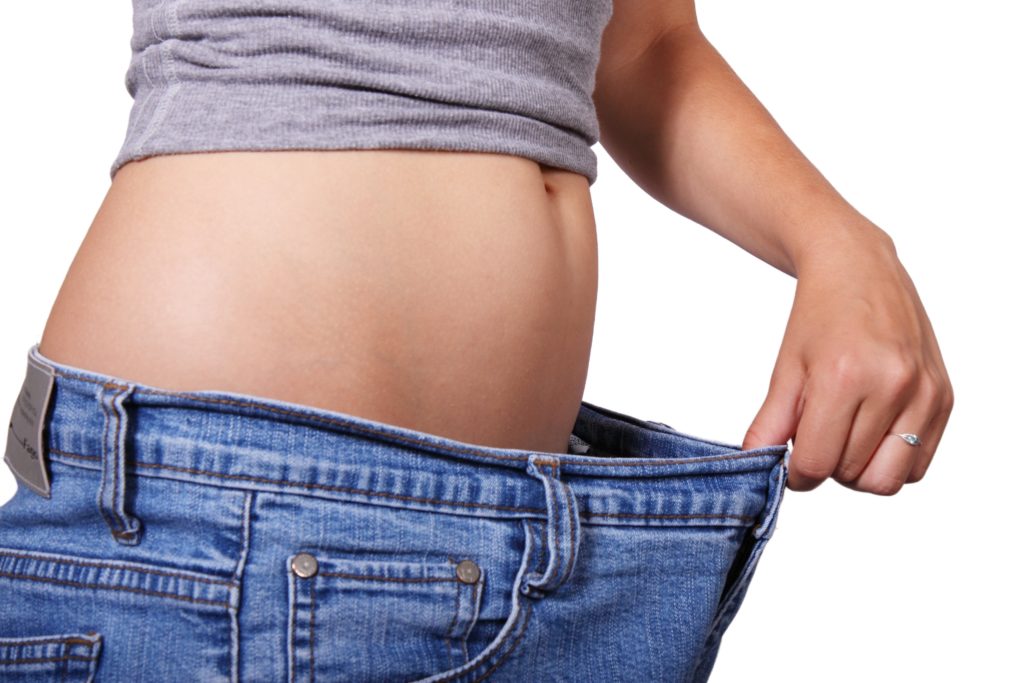 What many of these current studies point to is that obesity levels are linked to the composition of our gut flora, to such a degree that it can even be a predictive factor of future weight gain in infants. Establishing a healthy microbiome from birth seems to be very important in setting the stage for the health of our guts.

However, while a poor diet and environmental factors can alter our gut flora in a negative way, focusing on eating a healthy diet and limiting exposure to things that can harm our gut bacteria can be beneficial in bringing a healthy balance back to our microbiome. Studies have also shown that supplementing probiotics and prebiotics, such as our G-Plan’s Probiotic supplement, may alter the secretion of hormones, neurotransmitters, and inflammatory factors, which can prevent food intake triggers that lead to weight gain.

You can also check out our previous post about the gut microbiome and some ways to keep it healthy here.